According to Indian Panchang, when Sun transits in Sagittarius, this time is not considered auspicious. This time coming on Tuesday, December 15, 2020. It is said that no auspicious actions of any kind are done until the Sun is infected with Capricorn. According to the Panchang, this time is during the whole month of Pausha, which is called Kharmas. The Ganga-Yamuna bath is considered to be of importance on this month’s solstice. On the day of Paush Sankranti, devotees go to the banks of the river and offer arghya to the sun. It is believed that doing this method purifies one’s own mind. Sun is also worshiped on this day for the attainment of intellect and wisdom. The Sun enters a particular zodiac, that is why it is known as Sankranti. On this day, sweet dishes are offered to God. 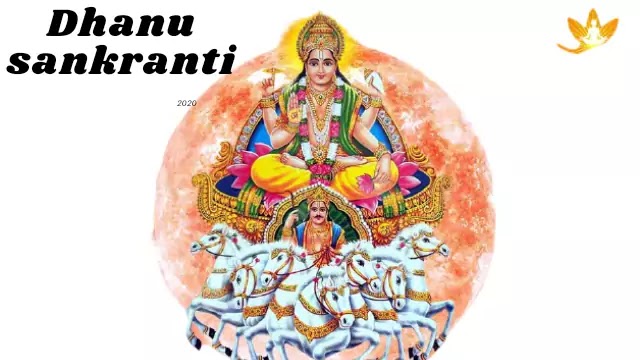 The story of Lord Satyanarayana is recited on Dhanu Sankranti. In the worship of Lord Vishnu, banana leaves, fruits, betel nuts, panchamrit, basil, dry fruits, etc. are prepared. Aarti of Goddess Lakshmi, Mahadev, and Brahma is performed after the story of Satyanarayana and Prasad of Charanamrit is given. The belief for this day is that this day is considered to be sacred, on this day all the distresses of those who worship with the method are removed and their wishes are fulfilled.

In Sanskrit, the donkey is called Khar. According to the legend of Kharmas in mythological texts, Lord Suryadev rides the chariot of seven horses and revolves around the universe continuously. They are not allowed to stay anywhere. According to belief, life will stop as soon as they stop. But the horses which are attached in their chariots get very tired due to hunger and thirst due to constant walking and lack of rest.

Seeing this pathetic condition, Suryadev’s mind was also moved. They took him to the banks of a pond, but he came to notice that if the chariot stopped then it would be worthless. But say the good luck of the horses that there were two khars on the banks of the pond. Lord Suryadev leaves the horses to drink water and give rest and plots the khar i.e. donkeys in his chariot.

Now the horse is horse and donkey-donkey, the speed of the chariot slows down, yet as soon as the cycle of one month is completed, the horses have also got rest, in this way the sequence continues In a solar year, a solar tree is called a month.

Do you want to learn to read the book early? Reading quickly does not mean that you continue to read